One thing that really irks me is when an elected politician spends all his time running for office, getting his photo taken in celebrity poses, and generally being a do-nothing screw off. We see that every day with the Great Orange One ... but it's also true of NC's second-highest elected official, Dan "Photo Op" Forest. With that in mind, I hope you'll join us in keeping tabs on Dan the Scam as he continues to rip off North Carolina taxpayers all day every day.

Revealing the obvious, that he's running for Governor in 2020:

A big piece of North Carolina’s 2020 race for governor fell into place Thursday when Dan Forest gave his clearest signal yet that he’s running. This raises a number of questions, including: Who is Dan Forest? What has he accomplished that makes him qualified to serve as governor? And what’s next for Pat McCrory? Forest is North Carolina’s lieutenant governor and a Republican. On Thursday, he issued a statement reacting to the latest news on the I-77 tolls project.

Bolding mine, because there aren't enough LOLs to cover how funny those questions are. The answers: Dan Forest is a marketable product with no actual utilitarian function. He's an artifact, created by political craftsmen to be the ideal (1950's) candidate. What has he accomplished? Less than nothing, but since it's hard to explain how his very presence has eroded the integrity of both his office and the voting public's discretionary skills, we'll just stick with "nothing." And I have to give a hat-tip to Taylor Batten, who is one of the few reporters acknowledging that lack of accomplishment: 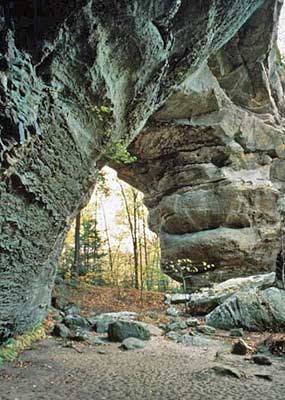 And since Dan Forest will have a vote on who wins the contract, the conflict of interest is glaringly obvious:

John Bryan has contributed about $600,000 to legislative candidates in North Carolina, most of them Republicans, and GOP political committees from 2011 to 2016. Included is a $100,000 contribution to a group supporting GOP candidates for the state Supreme Court. He contributed $50,000 to a political action committee called Truth & Prosperity, set up to support Republican Lt. Gov. Dan Forest. Forest is a member of the State Board of Education, which will help select which companies are chosen.

Forest said in an interview earlier this year that he did not know why Bryan contributed to the PAC.

Whether you know or don't know why is beside the point; at minimum, you should recuse yourself from any actions dealing with the Innovative School District. But the best way to handle this would be to resign your seat on the State Board of Education entirely. Because make no mistake, this story is not going to "fade away" like you're hoping it will.

Somebody needs to look that gift camera in the mouth:

A voting rights organization has asked North Carolina election officials to scrutinize spending by a nonprofit group for equipment for a television studio in the office of Republican Lt. Gov. Dan Forest.

Democracy North Carolina Executive Director Bob Hall wrote a letter Monday to the state elections board seeking review of $60,000 in purchases by what’s called the North Carolina Promotion and Development Fund. WRAL-TV reported the fund owns the equipment, which Forest can use to produce videos about issues important to him. One fund donor is a longtime Forest supporter.

And while they're at it, they might as well look into all the renovations this same supporter did to the Hawkins-Harnett House, which this little blurb leads people to believe Forest paid for it himself:

It's a beautiful day in the neighborhood for political propaganda:

A little-known group set up by the Lieutenant Governor's Office and headed by a major campaign donor has provided Lt. Gov. Dan Forest with enough television equipment to build an in-office studio. Forest's arrangement with the North Carolina Promotion and Development Fund appears to be unique in North Carolina state government. Gov. Roy Cooper doesn't have his own television studio, and neither does General Assembly leadership.

NCPDF is a 501(c)(4), also known by its IRS designation as a "social welfare organization." These groups are perhaps best known as political advertising vehicles for anonymous donors, and they're often called "dark money" groups. But attorneys who specialize in this section of the tax code said the category is much broader, and that the way Forest's office uses the NCPDF seems to be allowed under state and federal law, without disclosing donors, provided the group doesn't fund campaign activities. Neither "the studio nor any of the items purchased by the NCPDF have been or ever will be used for campaign purposes," Forest Chief of Staff Hal Weatherman said.

Aside from Dan Forest's inclusion in committees he's not really qualified for (like the Energy Policy Council), the man has no direct influence or responsibilities that would require him to "inform his constituents" about ongoing government matters. So this studio doesn't really serve or promote the office of Lt. Governor, it just promotes Dan Forest. And for at least one wealthy businessman, that promotion is worth a a big pile of money:

Governor Cooper's Executive Order once again opens the bathroom stall for those who would seek to do women and children harm while falsely claiming they are transgender. While I take at face value the Governor's intent to help transgender people use the bathroom of their identity, his order creates a legal loophole that will be exploited by non-transgender pedophiles, stalkers and perverts. All bathrooms at state rest areas, parks and museums will now be fertile ground for sexual deviants who will falsely claim to be transgender to gain protected access to our women and children.

This is from his official page, not his personal or campaign stuff. In other words, you and I are paying for this hyperbolic nonsense, this monster-under-the-bed immature fear-mongering. James is right, we need to do everything in our power to bring this bible-thumping televangelist down on his knees and out the door.

In the spirit of uncovering hypocrisy and irresponsible government, I'm taking time each day to document the worst of the worst, specifically in the form of Dan Forest. If you have minutes to spare, please help in this effort.